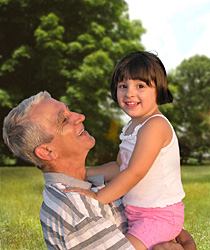 Sleep Apnea surgery is an option if conservative therapies are ineffective or poorly tolerated. The basic focus is similar to other therapies which is to open the airway but reducing the obstructing tissue. These fall roughly into three areas: surgeries that remove the uvula and upper soft palate, surgeries that reduce the tongue, and surgeries that reconstruct the jaw.

The uvula is the small piece of tissue that hangs down in the back of your throat, and the soft palate is the area around it in the back roof of your mouth. Different surgeries can remove this tissue thus opening up the throat and airway. Removal of the uvula and soft palate can occur through standard scalpel removal or through laser removal. Unfortunately, the success rates of these surgeries long term is only about 20% and there is severe pain for three weeks after the procedure.

Surgeries that reduce the tongue are the least effective in Sleep Apnea Syndrome . Small pieces of the back of the tongue are removed in an effort to prevent the tongue from blocking the airway. This is usually combined with uvulo-palatal surgeries. The success rate for tongue ablation alone is very low.

Lastly, the most effective and most aggressive surgeries for Sleep Apnea Syndrome entail jaw and facial reconstruction techniques. Some are more aggressive than others, and generally these surgeries are reserved for sleep apnea patients that have failed all other forms of treatment. By advancing the lower jaw, the tongue and the front wall of the throat are brought forward in a similar manner as in the reversible mandibular repositioning allowing a larger airway thus improving Sleep Apnea Syndrome . Though effective, the intervention and recovery time is significant and there are significant morbidity including the need for extensive dental reconstruction and nerve damage which can lead to severe pain complexes.

Back to Sleep Apnea Treatment